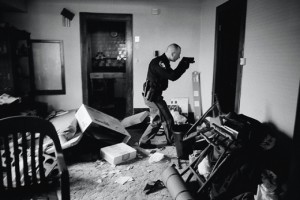 First and foremost, World Press Photo is known for organizing the world’s largest and most prestigious annual press photography contest. Prizewinning photographs are assembled into a traveling exhibition that is visited by over two million people. A yearbook presenting all prizewinning entries is published annually in six languages.

The exhibition is officially opened in Amsterdam as part of the prize-giving ceremony in April, and until March the next year.

This year the exhibiton will take place in Barcelona´s CCCB ( Centro de Cultura Contemporània de Barcelona ) from the 11th of November till the 13th of December.