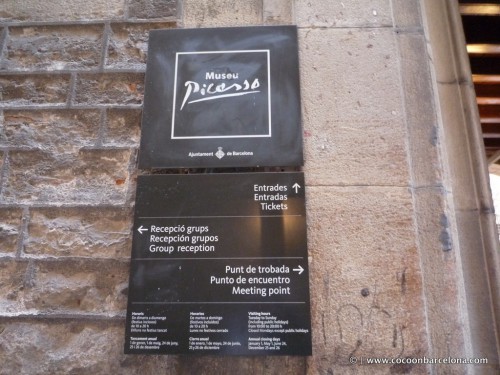 The Picasso Museum in Barcelona is a key reference for understanding the formative years of Pablo Ruiz Picasso. The genius of the young artist is revealed through the more than 3,800 works that make up the permanent collection.

The Picasso Museum occupies five large town houses or palaces on the street Montcada in the Born area, a street by the Cathedral of the Sea.  The original palaces date from the 13th-15th centuries, undergoing major refurbishments over time, the most important in the 18th century. The palaces are a good example of Catalan civic gothic style. They have a common structure surrounding a courtyard with access to the main floor via an outdoor open stairway.

Picasso lived key years in Barcelona – those of his apprenticeship as an artist. He established and maintained strong links to the city throughout his life and it was here where he wanted his museum to be. That was why in 1960, on Picasso’s own express wish, his friend and personal secretary Jaume Sabartes proposed the creation of a museum dedicated to the artist’s work to the City Council of Barcelona. By 1963, the museum was a reality and opened its doors in the gothic Palau Aguilar located at number 15 Carrer de Montcada. 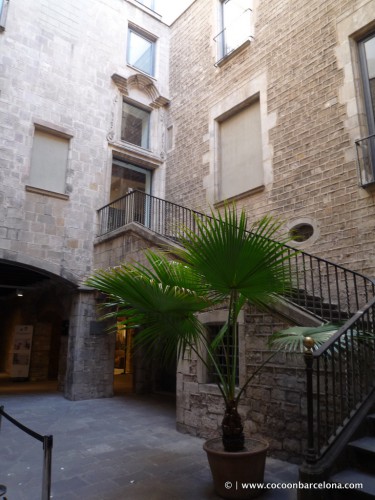 Picasso was born on October 25, 1881 in Malaga, his family  moved to Barcelona in 1895.  He passed the entrance examination for the Barcelona School of Fine Arts at the age of 14 in just one day and was allowed to skip the first two classes. According to one of many legends about the artist’s life, his father, recognizing the extraordinary talent of his son, gave him his brushes and palette and vowed to paint never again in his life.

During his lifetime, the artist went through different periods of characteristic painting styles. The Blue Period of Picasso lasted from about 1900 to 1904. It is characterized by the use of different shades of blue underlining the melancholic style of his subjects .

During Picasso’s Rose Period from about 1905 to 1906, his style moved away from the Blue Period to a friendly pink tone with subjects taken from the world of the circus. 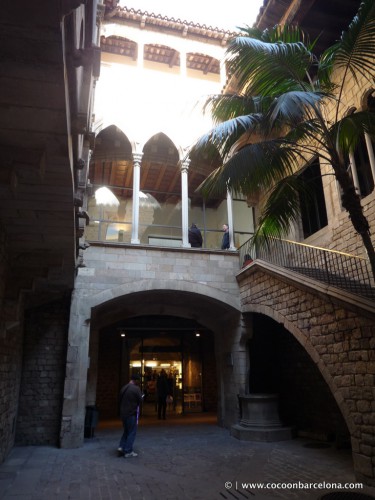 Inspired by the works of Paul Cezanne, he developed together with George Braque and Juan Gris  the Cubist style. In Cubism, subjects are reduced to basic geometrical shapes. In a later version of Cubism, called synthetic cubism, several views of an object or a person are shown simultaneously from a different perspective in one picture.

In 1937 the artist created his landmark painting Guernica, a protest against the barbaric air raid against a Basque village during the Spanish Civil War. Picasso’s Guernica is a huge mural on canvas in black, white and grey which was created for the Spanish Pavilion of the Paris World’s Fair in 1937. In Guernica, Picasso used symbolic forms – that are repeatedly found in his works following Guernica – like a dying horse or a weeping woman. Picasso had disallowed the return of Guernica to Spain until the end of the rule of Fascism by General Franco.

There is a permanent museum and the Museum continues to add to its collection.  Special exhibitions are organised during the year.

A new building is being constructed on a square near the Picasso museum in order to enlarge the museum’s  space. May 2010