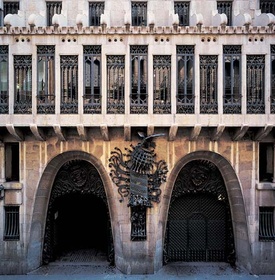 The Palau Güell, one of Gaudi first masterwork reopened to visitors on May 26th 2011 after 8 years of huge restoring work under the direction of architect Antoni González.

This was one of the homes of Gaudí’s patron, Count Eusebi Güell, who commissioned the building in 1885 and made it his family home for 20 years. During the Spanish Civil War it was used as a police station and since then it has been owned by the Barcelona Council, who used it for the “el Institut del Teatre.”  This was  one of the most spectacular and luxurious buildings in Barcelona when it was built and it was an early sign of Gaudí’s future architectural style. Palau Guell was built in stone, coated with delicate marble and decorated with high quality wood. Its inauguration coincided with the 1888 World Fair Exhibition in Barcelona and many social and official functions were hosted here. The building was a pleasant surprise for the citizens of Barcelona and earned great admiration of visitors because it was such a radical break from the style of other contemporary palaces in Barcelona.

Price of the restoration : 9 000 000 € paid by the city of Barcelona. The Palau Güell has been recognized as World Heritage by Unesco since 1984.

The inside of Palau Guell, detail from the entrance door, chimneys on the roof. 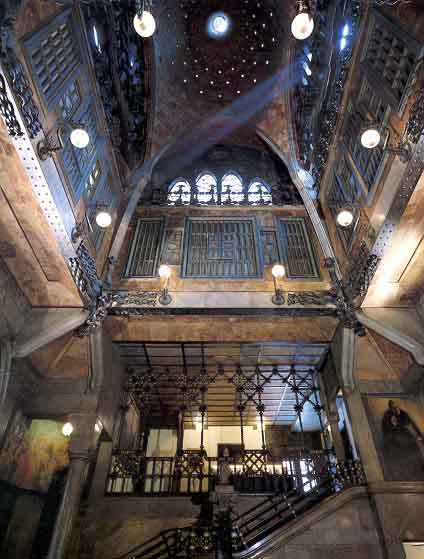 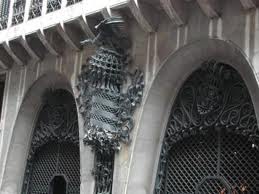