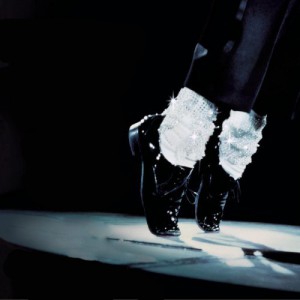 You should wear a white glove, identity sign of Michael Jackson.

The Moonwalk is a dance step which got fame thanks to Michael Jackson (1983). He was dressed up with a black pant, silver socks, black  jacket, silver shirt, black hat.

The moonwalk or backslide is a dance technique that presents the illusion of the dancer being pulled backwards while attempting to walk  (wikipedia).

At the beginning of 1932, Cab Callowed used to dance a similar dance step. Michael Jackson will improve this step.

The French mime artist, Marcel Marceau, used it throughout his career (from the 1940s through the 1980s), as part of the drama of his mime routines. Marceau’s famous “Walking Against the Wind” routine was the original influence that Jackson drew from, in which Marceau pretends to be pushed backwards by a gust of wind. 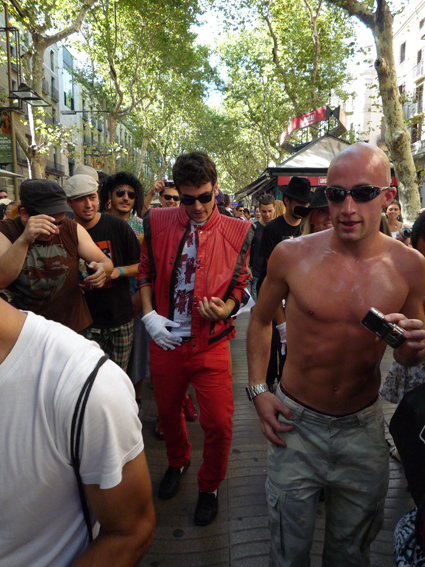 Moon walk on the Rambla Barcelona