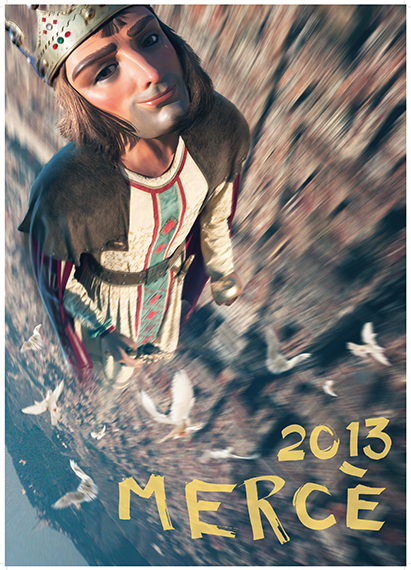 Every year in september Barcelona becomes a city of traditional spectacles side by side with the most contemporary artistic shows like theatre and independent musician. La Fiesta de la Merce is Barcelona most important festival of the year. The distant origin of the festival today: in the 17th century the city asked the Virgin of Mercy, la Mercé, to save them from a plague of locusts. The plague ended and the people put it down to the Virgin Mercé. So she was named the patron saint of Barcelona.

Each year, a different city is invited to share its culture with Barcelona.
2013 : Vienna, guest city of La Merce

The Mercé even has it’s own app in the appstore.
Opening Speech by Ferran Adrià, the worlds most famous cook from El Bulli restaurant ( now closed).  Adria Ferran new restaurants

From the website merce.bcn.cat  : “The image that the photographer, Joan Fontcuberta,  has created for the Mercé 2013, features a symbol of Barcelona’s great festivity: a gegant, giant, taking off like a superhero from a modern comic, perhaps from the very centre of the city, as his action is causing the pigeons in Plaça de Catalunya to scatter in alarm. Great project !

Joan Fontcuberta has taught, not only at Pompeu Fabra University, but also at Harvard and at universities in France and England, amongst other countries. He has worked as a critic, as an exhibition curator… Involved in countless artistic initiatives, his work has been shown in galleries ranging from MoMA in New York to the Arts Institute in Chicago, the Museum of Fine Arts of Fukui, Japan and… the Palau de la Virreina in Barcelona.”

Another highlight of the Mercè is the Festa al Cel (sky festival) which takes your eyes to the skies with jets, acrobats, balloons and ultra powerful lights.

Do not miss the Piromusical . A dazzling show with music, lights and fireworks. Expext to be overawed by one of the most impressive firework displays of the ear, choreographed alongside an evocative selection of music from pop to opera.

22, 23 and 24 th at 10 p.m. International Fireworks festival on Barceloneta Beaches

2010 it’s Dakar in Senegal which has been choosen. Look out for some African influences throughout the festival.

On Sunday the 24th you can enjoy the big final pyromusical show at Plaza de Espanya. It will be a hypnotic mix of fireworks, music, water and colors – the Magic fountain of Plaza Espanya will form part of the show.

Rent apartments in Barcelona for your stay. 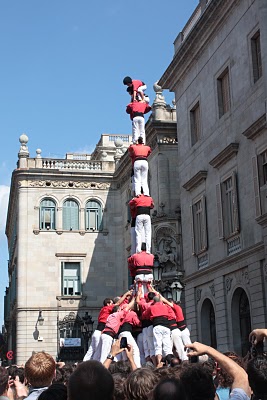 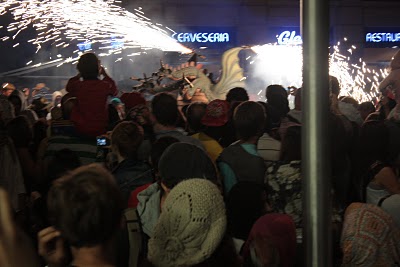 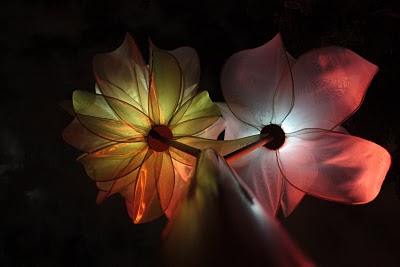