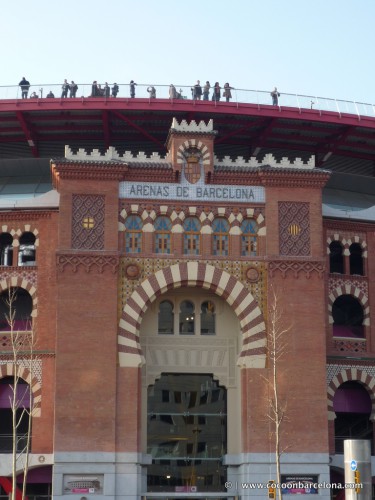 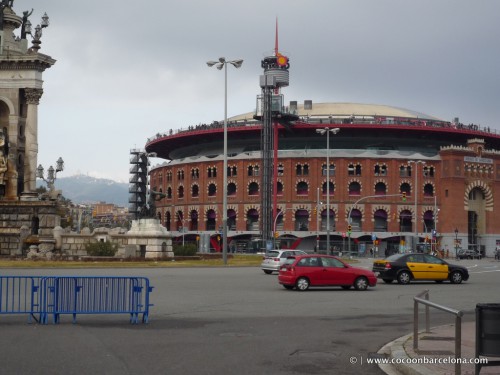 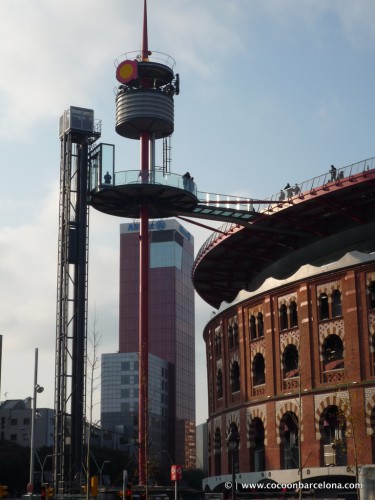 Las Arenas de Barcelona is the greatest shopping mall in a bullring.
Las Arenas Barcelona opened its doors on March 25 2011.
The former bullring at Plaça Espanya has been turned into a gigantic entertainment and leisure complex. From outside, you can take  a lift (1€) given back to you if you eat in one of the dome restaurant. Keep your ticket. The bullring was famous for the bull fights which took place from 1900 until the last one in June 1977. However, due to the declining popularity of bullfigting in Catalonia, the bullring was in disuse for many years.

Las Arenas were built in the neomudejar style by the catalan architect August Font i Carreras from 1846 to 1924.

With a constructed area of 104,576 square meters square and six levels, Las Arenas will have 126 stores, including a supermarket, FNAC, 12 screen cinema, eight restaurants and a health spa/gym. Las Arenas will also facilitate more than 1,700 places for cars and even more for motorbikes with its four-storey car park.Other companies confirmed to take up residence in Las Arenas are Desigual, Mango, White, Sephora, Veritas, Punt Roma, Bed and Tous, and furthermore, the center also  houses the Museum of Rock. 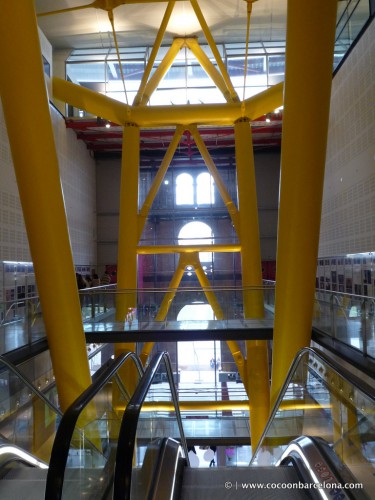 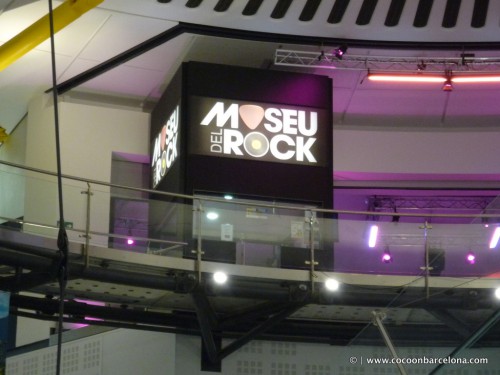 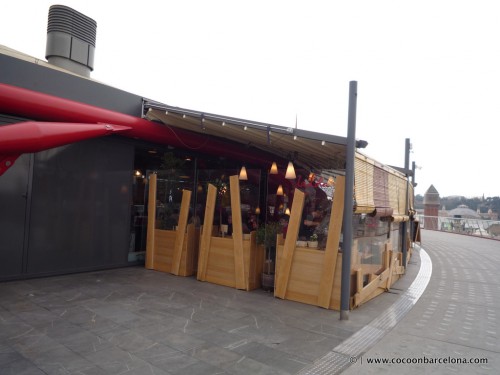 The Arenas have one of the largest domes in Europe, 27 meters high and 300 meters of circular route, from which will provide a 360 degree view of Barcelona. Enjoy eating in one of the restaurants from the dome.

The renovation of the bullring is due to the English architect Richard Rogers, the one who built the Pompidou centre in Paris. The facade of the bullring had to be conserved for its historical and artistical interest. It has been a huge and very hard renovation. It started in 2003 until 2011. You can see some pictures of the renovation on the floor next to the cinema.

The Arenas are on the Plaza Espana, on the other side of the Fira. Some people coming in Barcelona for a fair do hire an self catering apartment in Barcelona.