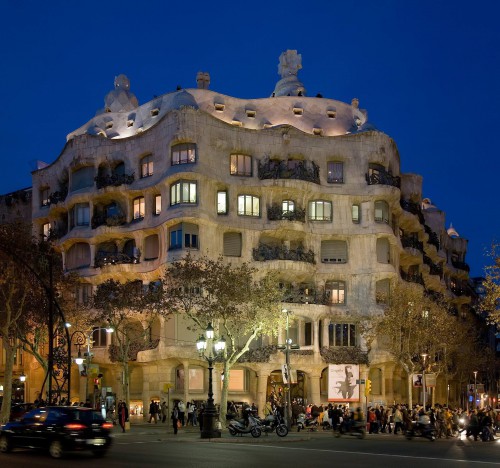 Casa Milà, popularly known as ‘La Pedrera’, is a most unusual building, constructed between 1906 and 1912 by the architect Antoni Gaudí (1852–1926) and declared UNESCO World Heritage in 1984. Today it is the headquarters of Fundació CatalunyaCaixa and houses a cultural centre that is a reference point in Barcelona for the range of activities it organises and the different spaces for exhibitions and other public uses it contains.

The secret Pedrera is an intimate and highly sensory route to discover the nooks and crannies of this landmark building in a different way: in the peace, tranquility and magic of the night.

You can discover the secrets hidden in La Pedrera after dark. And become the fortunate witnesses of the lives, customs and little stories of the residents of this singular building 100 years ago.

Come and see how La Pedrera comes to life at night. An intimate, exclusive tour of the main areas of this jewel of Modernisme. Tours on different languages.

Every Thursday, Friday and Saturday from 21 June to September there will be only one visit at 20.30. 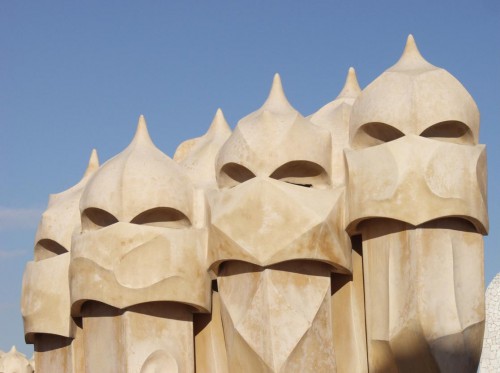 This initiative, in conjunction with Caixa Catalunya’s Social Work, will bring audiences outstanding performers from Spain such as the opening trio, formed by Arnau Tomàs, José Luis Estellés and Hyo-Sun Lim, or the Arriaga Tria, who will close the series with a careful selection of works by Beethoven, Brahms, Shostakovich and Montsalvatge. Little moments of pure beauty.

The chimneys on the roof.

Enjoy your stay in Barcelona and hire an apartment in the Eixample area , on Rambla de Catalunya