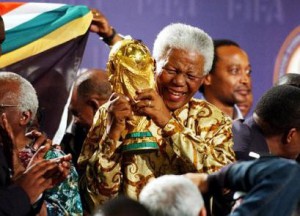 BARCELONA : On Sunday July 11th 2010 a Huge Screen will be placed in front of the Montjuic Magic Fountain to watch the final of the Football World Cup 2010 in South Africa

The Magic Fountain will not be working on this Sunday evening.

The Winner is SPAIN

Spain are World Cup Champions. Andres Iniesta scored in the 116th minute of extra time against the Netherlands, giving the Spanish their fourth consecutive 1-0 win and their first World Cup.