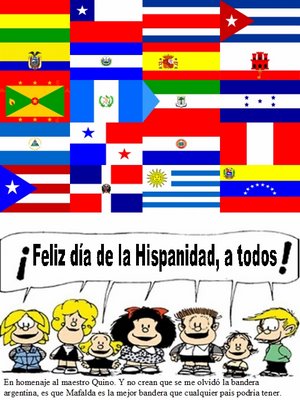 It is also Saint Day for the women called Pilar (in the older generations, people celebrate their saint day more than their birthday). Pilar is the Patron Saint of Zaragoza. Pilar means pillar in English. It refers to a woman with strength.

The origins of 12th October celebrations go back to the beginning of the 20th century. In 1913 Faustino Rodriguez San Pedro who was a wealthy and influential Spanish business man and lawyer, and also Chairman of an organization called the Iberoamerican Union, suggested that 12th October (it is already a festival in many South American countries, also in Zaragoza in honour of the Virgin Pilar) be called Fiesta de la Raza – literally Festival of the Race meaning Festival of the Spanish race – and be celebrated throughout Spain and Latin America. In 1918, La Fiesta de la Raza  became an official national holiday in Spain and some American countries, where the 12th October was already a national holiday.

In 1926 a Spanish priest, Zacarias de Vizcarra, who had a little more sensitivity and respect for the diversity and wealth of Central and South American culture and race, wrote an article saying that the word “Hispanidad” should substitute the word “Race” for the 12th October national day. The idea went on, and in 1935 the national holiday in Spain was officially renamed Fiesta de la Hispanidad.

October is a very nice season to visit Barcelona, it is not so  hot but you can enjoy very sunny days. Book an apartment for your stay in Barcelona. 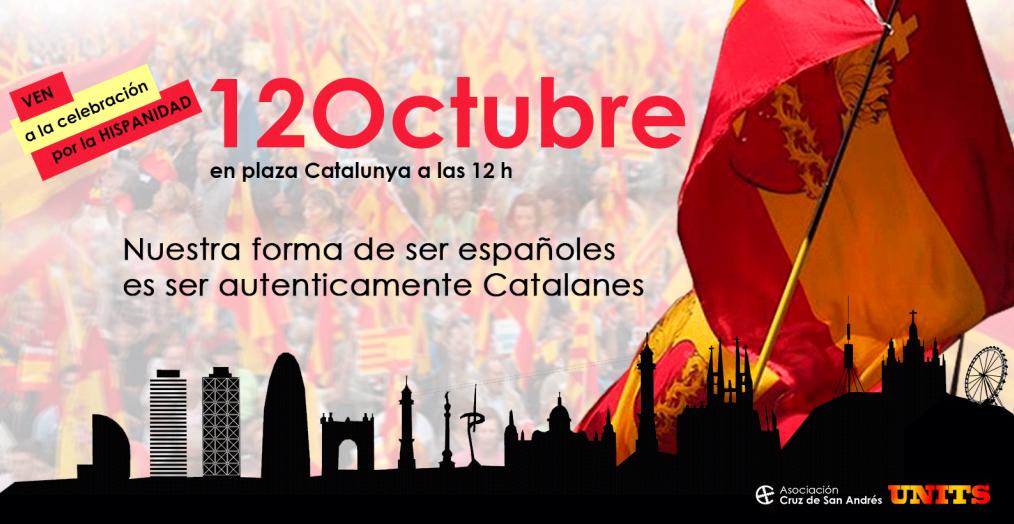