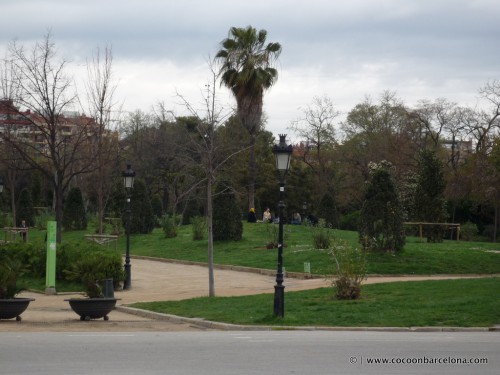 The Born area is close to the Park. Cross the street from the Passeo Picasso or from the street to Francia train station.

The Parc de la Ciutadella is Barcelona’s most central park. It is located next to the Francia train station and to the Born area. The park includes a zoo, a lake, a large fountain and several museums. The Catalan Parliament is seated at a building in the center of the park. The zoo is at one of the entrance. 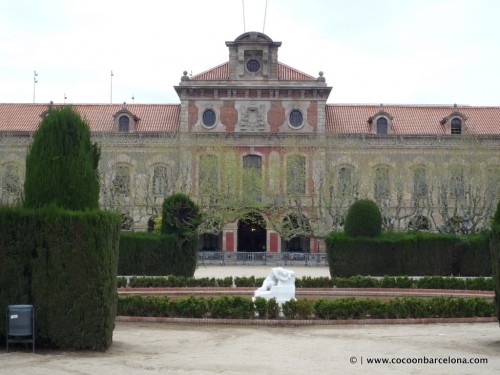 In 1714, after a 13 month long siege, Barcelona fell to the army of Philips V during the war of the Spanish Succession. In order to keep firm control over Barcelona, King Philips V built the largest fortress in Europe, a star-shaped citadel or ‘Ciutadella’. A large part of the Ribera district was demolished to make way for this fortress. Only 30 years later was the neighborhood rebuilt at another location as the ‘Barceloneta‘. A beautiful monument with a big lightened flame recording the death of so many people on September 11th, 1714 can be seen on side of the Cathedral of the Sea.

The much-hated symbol of central government was demolished between 1869 and 1878 after the Catalan general Prim handed over the citadel to the city. Only three buildings survived: the chapel, the Governor’s palace and the arsenal, now home to the Catalan Parliament.
Already in 1872 works to convert the area into a central urban park had started, but it progressed slowly. In 1885 the terrain was designated as the site of the 1888 Universal Exhibition, giving a boost to the development of the park. Many buildings were constructed, several of which have survived. 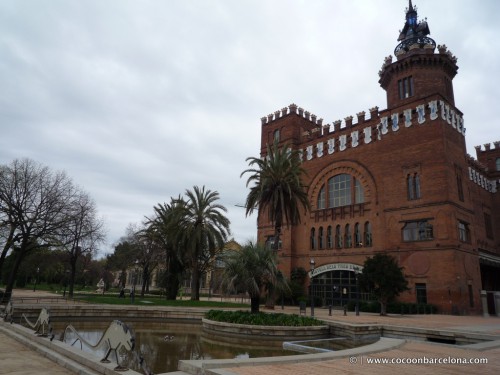 Castel dels Tres Dragons
The “Castel dels Tres Dragons” was built to resemble a medieval castle and served as a restaurant during the 1888 exhibition. Built by architect Domench i Muntaner Lluis
The 30ha (74acre) large park is also home to the Parc Zoologic, the Barcelona Zoo. About 7.500 animals representing 400 different species can be found here in the zoo, which occupies about 13 hectare of the park. Some of the zoo’s most famous animals include gorillas, orang-utans, dolphins, cheetas, wolves, snow leopards, crocodiles and alligators. The zoo’s former star attraction, an albino gorilla known as Snow Flake, died in 2004.
The park also features a small lake , a popular spot where you can hire a rowing boat.
The Cascada 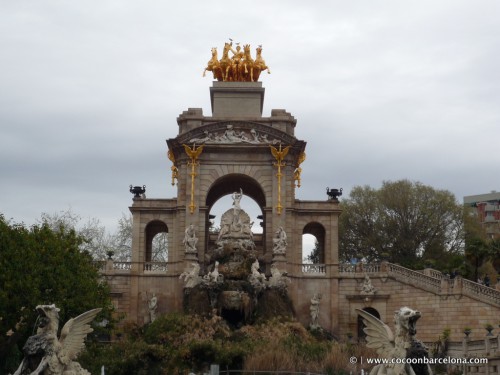 At the northern corner of the park is the Cascada, a triumphal arch with waterfall and fountain built for the 1888 Universal exhibition. The baroque construction designed by Josep Fontsère – who was responsible for the conversion of the citadel site into a park – took six years to complete. The design was based on the Trevi Fountain in Rome. The architect was assisted by Antoni Gaudí, at the time still a student. 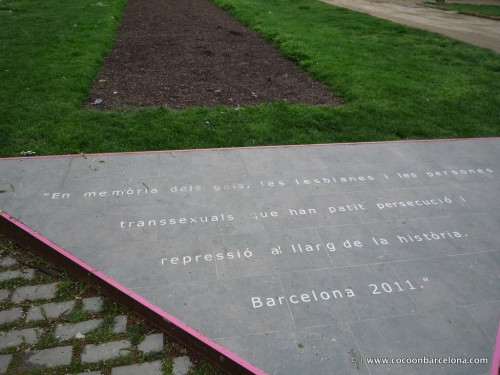 Very unusual, a stone monument on the floor ( from 2011) dedicated to all gays, lesbians, transexuals who have been persecuted during the history. You will find it at the entrance , on side of the zoo.
There are several statues in the park, the one that stand out most are a large stone mammoth. A more conventional statue commemorates the secretary of General Prim, who made the demolition of the citadel possible. 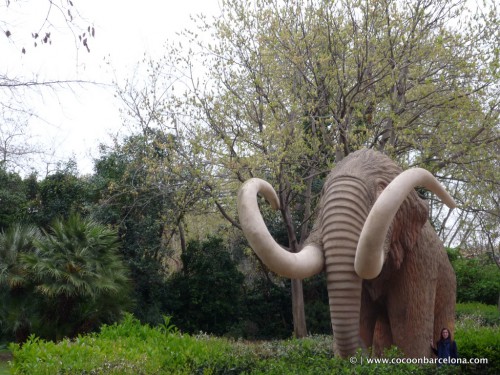