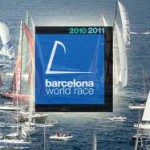 The Barcelona World Race is a non-stop sailing race around the world with  15 double-handed (two-crew) teams sponsored by big brands as Hugo Boss, Renault and Mapfre. Some outside assistance is permitted, although subjected to rules and penalties.

The start of the race is on the 31st of December 2010 at 1pm in front of the Hotel W at the Barceloneta Beach of Barcelona.

The Barcelona World Race travels around the world following a route known as the ‘three cape’ route. The approximate length of the course is 25,000 nautical miles (46,300 km) following a Great Circle route, the shortest possible route traced across the map. It took the winner of the first edition, Paprec-Virbac 2 with Jean-Pierre Dick and Damian Foxall, 92 days, 9 hours, 49 minutes and 49 seconds to complete the race, with an average speed therefore, of 11.13 knots.

This year, We Are Water of the Catalan duo Jaume Mumbrú and Cali Sanmartí, will be the first boat to leave the Race Fleet Dock sailing out via the Rambla del Mar. The other boats will leave at five minutes intervals and parade along parallel to the Mar Bella beach of Barceloneta, before heading back to the start zone. The boats will head to a mark of the Besòs river passing the Port Olimpic. Then they head directly for the Atlantic via the Straits of Gibraltar. The finish of the winning team will take place the end of March 2011 in Barcelona.

You can watch the start from the main beaches of Barceloneta and there will be big tv screens on the Plaça del Mar and the Portal de la Pau by the Columbus monument broadcasting the live images and audio commentary in Spanish from 9:30 am to 1:30 pm. 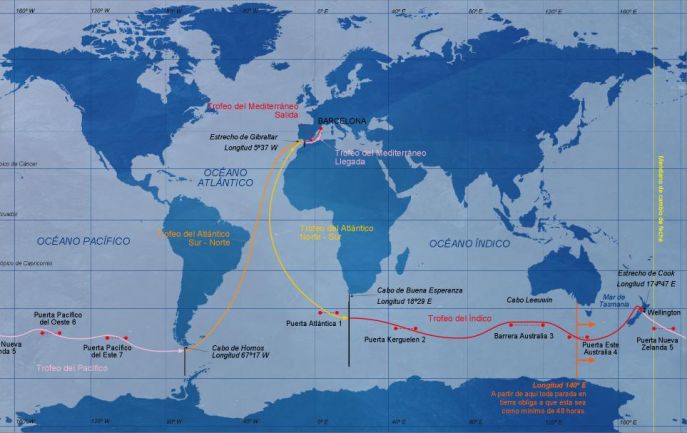