Children will love the Les Festes de Santa Eulàlia 2012, which is held annually in Barcelona and is regarded as one of the biggest festival for the little ones. It takes place between the 11th and 12th of February and during the festival, many attractions in Barcelona are open to the public such as the Cathedral and more than 30 museums as well as many events at the Castell de Montjuic. There are also a number of parades over the days and the traditional Catalan fire runs of the Carrefoc. 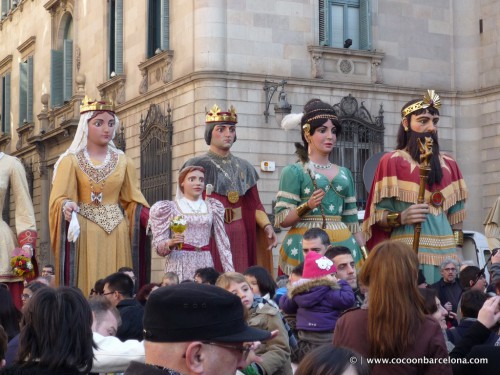 The festival of Santa Eulàlia is also known as “La Laia” festival. Laia is a nickname for Eulalia. The main Santa Eulalia festival events take place every year on the days around 12th February which is Santa Eulàlia’s day and most of the main festival events are on 12th. The Santa Eulàlia festival programme features more than one hundred activities of all kinds, mostly for children, at many venues all over Barcelona including musuems and the Castell de Montjuic, but mostly in the Ciutat Vella – the old city of Barcelona. The programme for the Santa Eulalia festiival includes many typical Catalan traditions like parades with “gegants”( the giants) and other fantasy figures. You can see human tower building called castellers and folk dancing called sardanes, fire-runs called correfocs and many other activities including story-telling, puppets, family workshops, talks, concerts and more. A new festival called Llum Barcelona- Barcelona light festival launches in 2012 to coincide with the Santa Eulalia festival. Beautiful technical light show on Plaza del Rey and on Plaza Sant Jaume on the Ayumento (city hall) building. Find full programme of 2012 Festival Santa Eulalia. 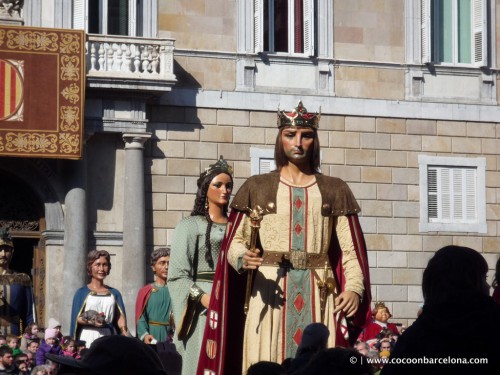 Music plays are very important part in the festival and throughout the festivities, music schools, choirs and children’s orchestras perform around the city of Barcelona. “La Laia” also usually includes a children’s photography competition called the “Foto Laia” and the “Premis Ciutat de Barcelona” awards for shopkeepers at the end of the festival. Each year there is a new poster for the Santa Eulàlia festival. See the beautiful 2012 poster de la Laia festival by Eudald Palma. Who was Saint Eulàlia ? The story of the child virgin saint, Saint Eulàlia (ca. 290-303) is a gruesome tale. Legend has it that she was a thirteen-year-old Christian girl, who lived in a farmhouse – called “un mas” in Catalan – in what is now the district of Sarria, which in those times was in the countryside outside the walled city of Barcelona. Eulalia became a martyr in Barcelona during the persecution of Christians in the reign of emperor Diocletian for protesting against the persecution of Christians to the Roman consul Dacià which led to her being cruelly tortured  for refusing to recant her Christian faith. 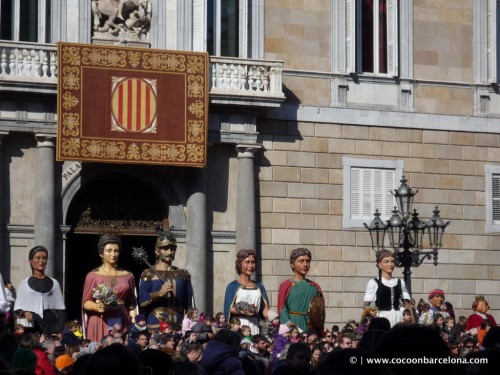 The Romans subjected her to not just one ordeal, but thirteen different and gruesome tortures the most infamous of which was putting her naked into a barrel  filled with glass and embedded knives and rolling it down sloping streets. These streets are in Barcelona’s gothic area and called Carrer de la Sant Sever and then “Baixada de santa Eulalia” which means “Saint Eulalia’s descent.”  Other cruel tortures that Eulalia was subjected to including cutting off her breasts, crucifying her on an X-shaped cross and other barbaric deeds until her decapitation. Legend has it that a dove flew out from her neck after she lost her head. Eulàlia is commemorated with many statues and street names throughout Barcelona and she represents justice, solidarity and youth. She is a co-patron saint of Barcelona along with “la Mare de Déu de la Mercè”. She died on 12th February 303 and 12th Febuary is now celebrated every year as Saint Eulàlia’s day. 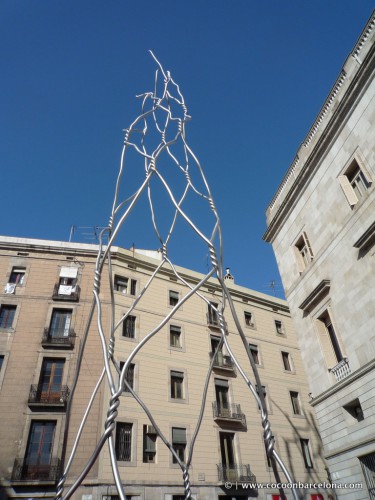 On Plaza Sant Miguel, it was the inauguration of a huge scuplture dedicated to the Castellers, a very old catalan tradition. Every area of Barcelona has its Castellers entertaining every week , kids, young and old ones together. Each one has its color.

Wanting to live this event next year? You can hire an apartment for your holiday in Barcelona. Every accommodationis inspected by our local team to insure you quality properties at the best price guaranteed! 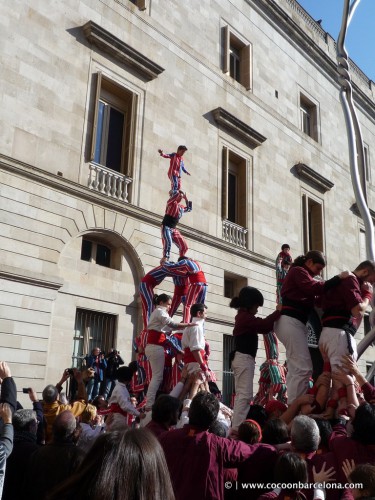 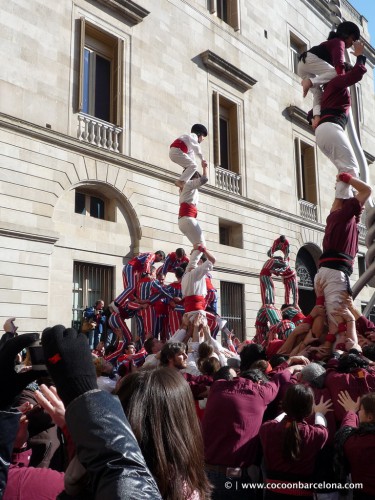 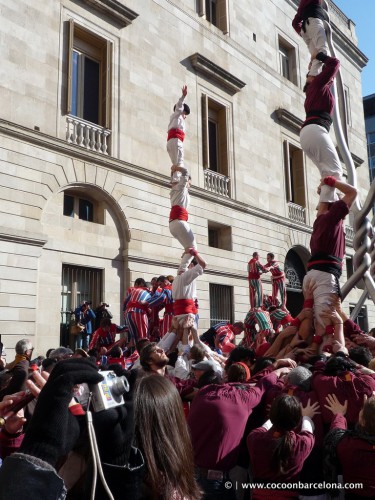 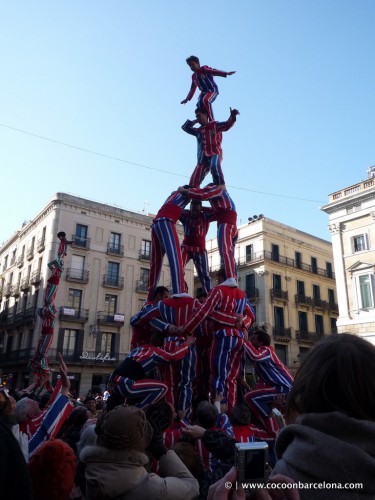 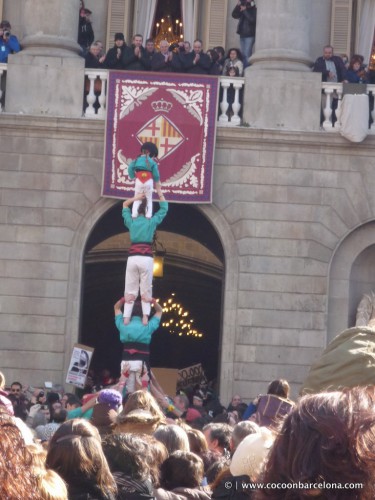 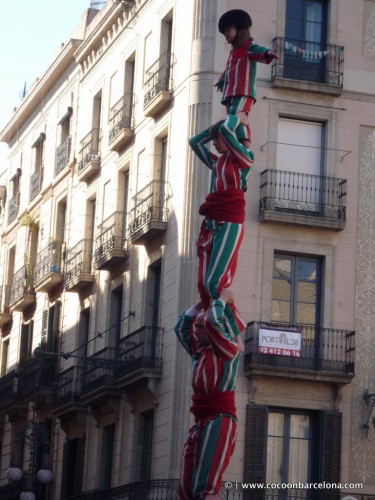