Every year in september Barcelona becomes a city of traditional spectacles side by side with the most contemporary artistic shows like theatre and independent music. La Fiesta Mercé is the cities most important festival of the year. The distant origin of the festival today: in the 17th century the city asked the Virgin of Mercy, la Mercé, to save them from a plague of locusts. The plague ended and the people put it down to the Virgin Mercé. So she was named the patron saint of Barcelona. 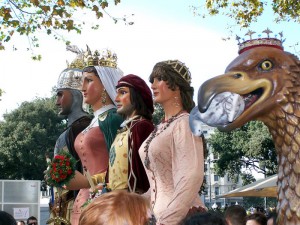 The visitor will be impressed by the fair with a lot of workshops, theatre spectacles, a  variety of concerts. The programm is full of interesting and exciting shows. More Infos are to be found on the website http://www.bcn.cat/merce

Free Entrance in many museum in Barcelona during the Merce on September 24th. Picasso Museum is one of them, Palau Güell …

2009 : This year is the 150th since the approval of Ildefons Cerdà’s Plan for the Eixample. The Mercè’09 did not want to overlook this anniversary in this year’s celebrations, in which some of the shows are dedicated to the Catalan folklore researcher Joan Amades, who died 50 years ago, and other events feature Istanbul, the invited city to the main festival of Barcelona’s people.  Thursday 24 of September 2009 is THE Merce feast day. 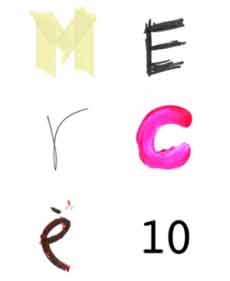 Correfoc – the procession of the fire-breathing dragons

The procession usually takes place on the Via Laietana (Metro: L4, Jaume I.) at nightfall. Fire-breathing dragons, accompanied by dangerous devils and other monsters march the streets and scare the people with lots of fireworks and bangers.
There is a more harmless Carrefoc for children taking place before the actual Carrefoc.

Our tipp: Put on some clothes that will not be ruined by a few sparks. If you want to see the dragons at a close range, it is advisable to wear glasses. At the Carrefoc for adults, the sparks of some fireworks are whirled directly at the visitors.

Giant figures of queens and kings, nobles and saints march the streets of Barcelona. The giants dance on the streets, march around in circles, accompanied by the play of flutes and drums.