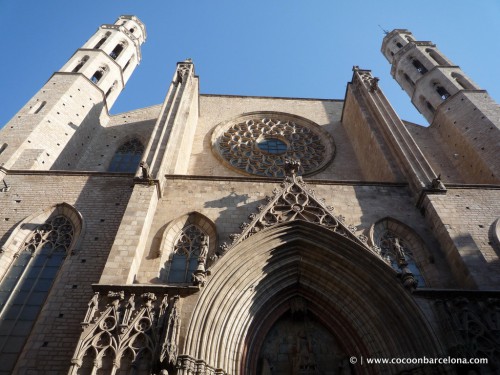 It is the 14th century and the city of Barcelona is at the peak of its prosperity. Those who live in the Ribera, a humble neighborhood of fishermen, decide to build the greatest temple to the Virgin Mary ever seen: Santa María de la Mar, Saint Mary of the Sea. It is not a cathedral but a church. There is only one cathedral in Barcelona, the one in the Gothic area. The bischop lives next to the cathedral.

Ildefonso Falcones “The Cathedral of the Sea“ , a catalan lawyer, wrote a book about the life at the time of the building of this cathedral. He took 10 years to write it. It has  now been translated in many different languages. It has become a best seller book in many countries.

The Cathedral from the Sea is so beautiful … it is the cathedral built by the poor people. The main cathedral of Barcelona was the one for the rich people. The cathedral of the Sea got built quite fast for a cathedral, it took 57 years to build it … a lot less than many cathedrals.

You can make a tour of the area with a guide who will show you all the interesting spots from the best seller book.

Have a look at this website to book a tour 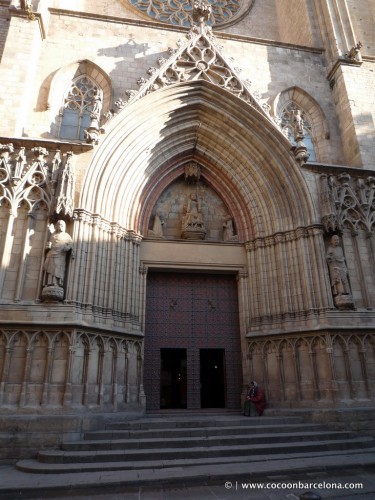 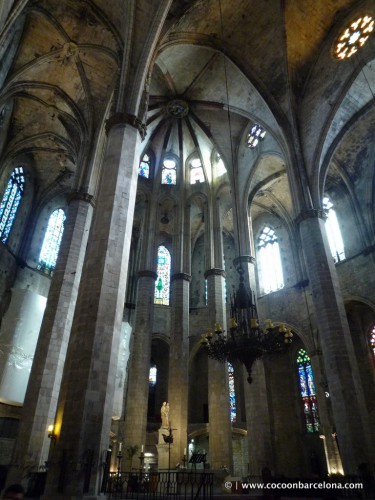 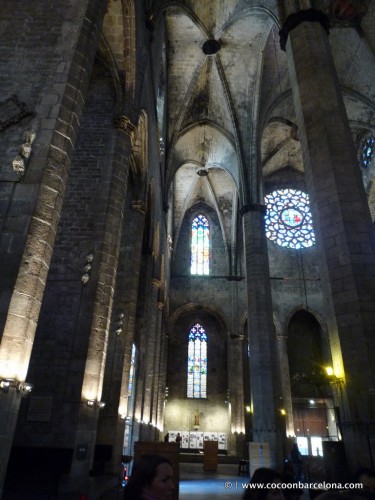